Want to be more productive but feel like you’re spinning the wheels?  Caught up in the detail but accomplishing very little?

You need to stop procrastinating! 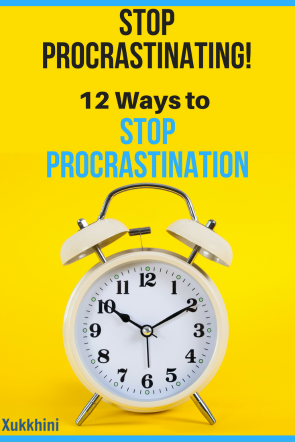 Completing tons of inane, trivial tasks just for the short-term high is not going to help you hit your important goals in life.

Procrastination is nothing more than putting off the desire to put off … other things.  Unfortunately, that desire is strong in most of us.

“Why do today what you could do tomorrow, or never?” our brains convince us.

You already know that’s not the path to happiness, though, which means you need ways to stop procrastinating now.

Why Do We Procrastinate?

It’s usually because we convince ourselves it’s going to take too much.  Too much time or too much effort.  Too much expense or too much commitment.  But how you feel about a situation is rarely its reality.

And gritting your teeth and promising yourself that you will do it “this time” rarely works.  If you don’t set yourself up for success through real, actionable strategies, your procrastination habit is unlikely to improve.

How you feel about a situation, is rarely its reality - Peter IrlamClick To Tweet

The Irony of Procrastination.

The irony is, that once we confront our problems and complete those tasks we’ve been putting off, we’re rewarded with an immense sense of satisfaction and accomplishment.  Human nature is truly perverse!  And to procrastinate is to only deny ourselves a richer more fulfilling life.

With that in mind, here are 12 tips on how to stop procrastinating. 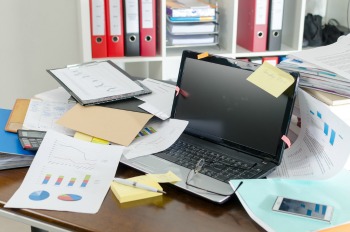 1. Optimize Your Workspace for Productivity

It’s hard to get anything done in a cluttered, cramped workspace.

Whether you’re trying to accomplish tasks at work or at home, you should jumpstart your anti-procrastination campaign with a thorough tidy-up.

The clearer physical space will free up mental resources and help you accomplish more.

2. Reboot Your Day … Every Day

Our days go so quickly, it’s often a mystery what we spent all that time doing.

Such frustrations and destructive thoughts can quickly result in a “why bother?” attitude.

This one-way ticket to procrastination isn’t helpful, though, so you need to learn to fight it.

Enter the daily reboot.  If you break your day in half, you then have two fresh starts to look forward to every day rather than just one.

Make a conscious effort to start your day over between 1 and 3 p.m., take a look at your to-do list with fresh eyes and find a new way forward.

3. Ignore the Voice in Your Head

Procrastination is an emotional issue as much as it is a time-management one.

After all, if you were simply having trouble with time management, you could work to restructure your day and deal with the problem.

Instead, “studies have found that procrastinators carry accompanying feelings of guilt, shame, or anxiety with their decision to delay. This emotional element suggests there’s much more to the story than time-management alone,” reports the Association for Psychological Science.

The fact that you feel emotions about the delay indicate pretty clearly that this delay comes from inside – it’s a conscious decision.

Most often, this decision stems from a deep-down feeling of fear or insecurity, which encourages you to put off the task.

Better to be seen as lazy than as incapable, right?

It’s time to ignore the voices in your head, the ones that insist you’ll be more prepared tomorrow, that a television show sounds pretty good or that you should get started on dinner rather than that project. Intuitively, you know this isn’t true.

Smile and wave goodbye to the voice, then move on.  If you need to, you can talk to it out loud: “I hear you saying I should put this off, but for right now I’m choosing not to.”

Acknowledging emotion is much better than ignoring it.

4. Do the Worst Thing First 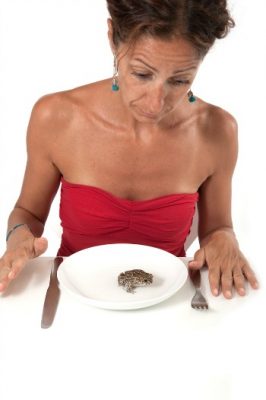 If you’re having trouble digging into a task, then do the worst thing first.

Look through the list, note which item causes you the most dread.

Do that item before you do anything else, and before you take a break.

'Eat a Live Frog Every Morning, and Nothing Worse Will Happen to You the Rest of the Day' - Mark TwainClick To Tweet

Racing the clock might sound a bit stressful – it has the word “race” in it, after all – but it’s actually one of the most effective tips to stop procrastinating.

It transforms crummy chores into a competition, and humans adore competition.

Even if the only opponent is yourself, you’d be surprised at how motivating this is.

Related: I Didn’t Need to Avoid Stress to Feel Calmer; I Needed to Do This

Visualization sometimes gets written off new-age nonsense, but it isn’t.  In fact, it’s regularly practiced by most top athletes and entrepreneurs.

Science has shown that simply sitting still, thinking about lifting weights, can make your body respond as though it has actually been working out,

You can harness this fact to your own ends as well, just by thinking about performing the tasks needed to meet your goals.

'We Become What We Think About' - Napoleon Hill.Click To Tweet 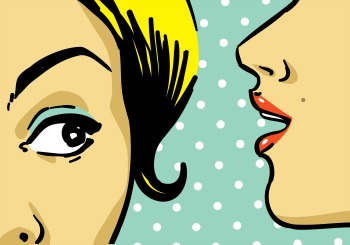 A raft of studies has proven that telling someone else your goals goes a long way toward helping you accomplish them, reports Fast Company.

Depending on your inner compass to stop procrastinating is a flawed strategy, because it often doesn’t bring enough reward.

However, being accountable to other people provides praise, enables you to inspire others and leverages the powerful desire to save face in front of others.

Tell someone what you’re doing and watch the results roll in.

8. Segment Your Goal into Smaller Tasks

If you set yourself the task of “Write a novel!” or “Create a new planning system!” you will quickly fall behind.

As you do, your dread of working on the project will mount and you will be even more likely to put it off.

Instead, set a timeline for the accomplishment of the goal as a whole, then break it up into smaller tasks along the way.

That way, you can open your calendar each day and see a manageable task rather than an insurmountable project.

9. Write Down Your Goal

This simple strategy goes a long way to stop procrastinating, because you can’t later tell yourself that “it doesn’t matter” or “that wasn’t really the goal anyway.”

The brain is a trickster, but you can beat it at its own game by posting your goal somewhere prominent.

Once you’ve written down you goal, you’ll need a plan how to get there.  Having a goal without a plan is like a rudderless ship – it’ll likely end up a wreck or derelict on some unknown shore.

For a plan to succeed, you’ll need to establish where you are now, and where you eventually want to be.  And then take steps to bridge that gap.

Examining your current situation may uncover suppressed inner pain, forcing it to surface.  But rather than avoid pain, you should embrace it.  Pain is ultimately what propels us to make positive changes in our lives.

'A Goal Without a Plan is Just a Wish'Click To Tweet

It’s important to give yourself a deadline not only for the goal as a whole, but also for the smaller tasks in between. 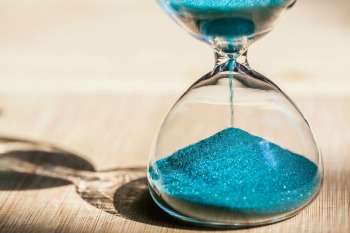 Having no deadlines for each individual task allows them to stack up, until they’re so close you can’t meet the deadline for the larger goal.

Consequently, you must create reasonable deadlines.  Make them challenging, but not so challenging you’re likely to feel desperate, or to fail frequently.

Both desperation and failure are fast roads to giving up entirely, so be gentle with yourself.  But then follow through.

'The Key is Not to Prioritize What's on Your Schedule, But to Schedule Your Priorities.' - Stephen CoveyClick To Tweet

12. Put Off Interruptions Until a Specified Time

Especially when you’re sitting down to work on something you’re not particularly enthused about (hello, expense reports!), it’s tempting to give in to distraction.

Nothing makes you want to reorganize your file folders like a crummy chore you’d rather avoid.

The problem with distractions is that they seem so appealing, so if you just tell yourself no, your willpower is likely to fail.

Instead, give yourself something to look forward to: “I can check Facebook at 11,” or “I can go see what Serena wants when I’ve finished writing this chapter.”

It’s both a motivator and an antidote to interruption.

An important caveat to this strategy: It won’t work if you don’t set expectations for other people. So when Serena interrupts, clue her in to when she’ll see you, otherwise she’ll get frustrated and reduce your productivity further.

Putting these strategies in place will effectively help you stop procrastinating and conquer the urge to put things off.

Over time, your ability to resist those urges will soar, and your productivity will skyrocket accordingly.

Choose your future and your goals by starting to implement these 11 ways to stop procrastinating today.

Pin217
Share3
Tweet
220 Shares
« Blogging Resources: The Ultimate Blogger’s Toolkit
Side Fat Exercises: 7 Moves that Burn Side Fat Fast (And Get You Fit!) »