Somewhere between signing up to your new gym membership, throwing out all the ‘poison’ in your kitchen cupboards and buying those yoga pants

off Amazon, a doubting voice sneaks up on you:

Most of us are the architects of our own self-doubt.

Are you Ready to Silence your Inner Critic?

Furtive is the nature of negative thoughts and self-criticism.  You barely notice their presence.

Because negative thoughts operate on the fringes of your conscious mind.

And this is what makes them so powerful.

They are masters at sleight of hand and sabotage your efforts without you even knowing.

Science calls these ‘stealth’ thoughts, ‘automatic negative thoughts’ or ANTs (a fitting acronym if ever there was one).  They crawl around our brain, sowing seeds of doubt.

Perhaps even more insidious than unhealthy thoughts, is an entire negative subconscious.

The Perils of a Negative Subconscious.

Dr Bruce Lipton, a former professor at Stanford University, proposes that our subconscious mind is running us 95% of the time.

If you suffer with a negative subconscious, that’s a pretty tough crowd!

According to a research paper from Duke University: ‘Habits – A Repeat Performance’, our habits account for up to 45% of our daily actions.

Rather than well-considered decisions, most of our life is ‘but a mass of habits’ – William James, American psychologist.

Make Habits Work in Your Favour.

In order to silence your inner critic, your goal is to turn these powerful statistics in your favour.

Therefore, learn to be aware of negative chatter and replace this with a positive narrative.

Cultivate a healthy subconscious, positive thoughts (and therefore habits) and your life will be infinitely better.

9 Tips on How Detect and Silence Your Inner Critic: 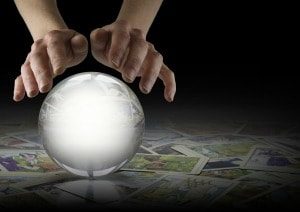 Attempting to forecast the future, you fill our minds with such nonsense as:

You convince ourselves of iron-clad outcomes and a future of certainty.

I propose: inverse this toxic thinking and view everything you do as an experiment.

This not only removes any certainty but makes life FUN!

Because eventually, you’ll hit on the right formula.

This is true of most great entrepreneurs.  But we tend to see only their success and not the years of trial and error.

For example, it took Edison 1,000 attempts to invent the electric light bulb.

Most noteworthy, when asked about his ‘failures’ he didn’t see it that way.  Instead, that he’d discovered 999 ways to NOT make the light bulb!

Therefore, make the mental shift from one of certainty to one of experimentation and remember:

There are no failures, there’s only results…some, better than others.

2. You Elect an Imaginary Panel of Critics.

The American sociologist George Herbert termed this our ‘generalized others’.

This panel sits in judgement of everything we do, say and think.

Whenever you find yourself worrying about what other people think, this is your inner critic passing verdict.

Have you ever stopped to think that everyone is subject to their generalized others?  That they, too, are every bit as vulnerable to their scrutiny?

This imaginary jury has no place in your mental tool kit if you want to achieve success.  Therefore, do yourself a favour and fire them!

There are no failures, there’s only results...some, better than others.Click To Tweet

It’s make or break…but you feel like you couldn’t fight your way out of a paper bag.

The feel-good benefits of striking a power pose before that all-important cocktail party / speech / presentation, in you dressing gown, are well documented.

A hormone called noradrenaline is released into your brain when you’re excited or anxious.

This chemical messenger is produced in a tiny area called the locus coeruleus.

This part of the brain is sensitive to how much carbon dioxide is in your blood, so you can regulate it by taking a few, slow breaths.

And you can control it further by adopting a confident, head up posture, which not only helps deepen the breath but also brightens your mood.

4. You Use Mental Constructs.

Is the source of your inner critic based in reality or is it a construct of your imagination?

Our minds are wonderful at creating…but sometimes what they create is not in our best interest.

So next time you feel insecure, discern between whether your negativity stems from actual events or ones you have imagined.

By examining the evidence you’ll learn to recognize when you’re inner critic is blowing things out of proportion.

Rejection can cause a lifetime of negative thinking patterns. 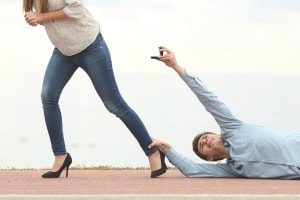 Warren buffet was rejected from Harvard.

Did this stop him?

In 2008, he overtook Bill Gates to rank the wealthiest man in the world.

Buffett is not only wealthy but respected, intelligent and incredibly wise.

Jack Ma, founder of the online juggernaut ‘Alibaba’, was also rejected by Harvard.

What separated them from other rejectees was their ability to think positively and turn the rejection to their advantage.

Do you believe, for one minute, they thought, ‘I’m not good enough’?

‘Self-pity is an acid that eats holes in happiness’ – Earl Nightingale.

The cure?  Help someone less fortunate than yourself or visit those who are.

Lying in a hospital bed after a hip operation I felt like the pits.

Cue that inner critic: ‘I’ll never fully recover’, ‘The operation hasn’t worked’, ‘I’ll be in pain for the rest of my life’.

The following day, another patient recovering on the opposite side of the ward told his story.

He must now come to terms with losing the use of his legs.  The procedure to remove a spinal tumor had left him unable to walk.

Boy, did I feel like a schmuck.  My circumstance: a position of relatively minor discomfort and imposition was, to him, an enviable proposition.

Billionaire investor Sir John Templeton said the key to wealth (in all areas of life) is gratitude.

Continually seek out the good you have in your life.  Remind yourself to be grateful of the little things we often take for granted.

‘But I don’t have anything to be thankful for’  I hear you cry.

Think of this next time you turn on your tap.

Have we become so disconnected with what truly matters in life that we no longer notice the really important stuff?

Attempt to view the world through a new lens of gratitude.

Most top-ranking athletes use positive visualization to give them the edge.

Under the instructions of his coach, Bob Bowman, before going to bed and upon waking, Phelps would watch the ‘video tape’.

The video tape wasn’t real but a positive visualization of his perfect race.

What will be on your ‘videotape’?  You are limited only by your imagination. 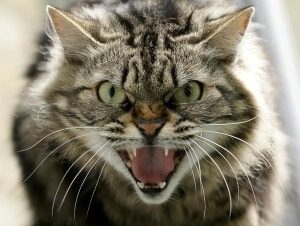 Our minds respond to the magnitude of an event; not its likelihood.

We imagine show-stopping outcomes more readily than mundane ones.

Therefore you must recognize that ‘worst case scenarios’ (as well as best case) are highly unlikely.

Next time ‘disaster’ strikes, remember: you have the ability to choose your response.

You can interpret a situation any way you like.  Whether you interpret it in a negative or positive framework is down to you.

Here’s how Shakespeare put it:

‘There is nothing either good or bad, but thinking makes it so’.

If you tend to be overly critical and negative causing you despair and frustration, you’re not alone.

Many of us project confidence, but the mind turns inward on itself and creates self-doubt.

‘The mass of men (and women) lead lives of quiet desperation’.

Having negative thoughts and doubts is part of what makes us human.

Yet being human also means we have the desire and the power within us to eliminate negativity from our lives.

Lastly, stand guard against the furtive nature of your inner critic.

The universe is composed of only two things: energy and matter.

Your thoughts are simply a form of energy.

Therefore, you create them.  You control them.

Are YOU your own worst critic?  How do you silence your inner critic?  Leave your comments below.

It only takes a few seconds and the share buttons are right below: